In the past few months there have been some interesting events that have been affecting the lives of professional Librarians across the country.  The real interesting consequence of these events is that they have bubbled over into mainstream news, in part due to the fact that they both carry a foreboding challenge to academic freedom.

Earlier this year we discovered that a Librarian colleague at McMaster was being sued for libel and defamation by the book publisher Edwin Mellen Press. The cause of the suit stems back to comments Mr. Askey made on a personal blog post in 2010 reflecting on work that all Librarians perform –i.e., evaluating scholarly resources for inclusion in the Library collection. (CBC post on the initial suit) The story has been unfolding with some interesting twists and turns that really defy explanation. The blog post in question has been removed from its original location but can be read via an archived version on the Internet Archive. As a response to these events in late February, the Professional Librarians of BUFA drafted a letter of support for Mr. Askey urging the lawsuit to be dropped (this letter has been posted to the BUFA website) Further, many other organizations that represent Academic Librarians at different institutions and jurisdictions have written similar letters of support. A slew of Librarian bloggers have also drafted in-depth analyses of the situation.

More recently in early March we learned that the publisher had dropped one of the two cases it was pursuing. The suit filed jointly against McMaster University and Askey had been dropped but still the publisher pursues the case against Askey. The most alarming details regarding this situation is that Mr. Askey was not employed by McMaster University at the time that the blog post was made. Late last week it was also brought forward that the publisher asked for a blog post on a different site to be removed, with the claim that it was libelous. After capitulating at first, the blog decided to reinstate the posts minus the comments that exacerbated the publisher’s claim of libel.

Adding still to the curiosity surrounding the situation, the publisher also registered a series of domains names that were permutations of Mr. Askey’s name (regarded by some as a pre-emptive move to disqualify anyone else from acquiring the domain names and using them to disseminate information about the situation). As it stands now, if you were to navigate to any number of sites that include the following, you will be immediately directed to a blank page:
● daleaskey.net
● daleaskey.org
● daleaskey.com
● themcmaster-melloncontroversy.org.

Could you imagine being in a similar position? Having a disagreement with a publisher and then it essentially buys the rights to use your name for an Internet address, right underneath your nose? One can only hope that the remaining suit against Askey will eventually be dropped. The professional Librarian community is watching the development of the case but is doing so with baited breath. Being able to evaluate what to include in the Library collection is a core piece of the daily activity of any Librarian.  Even as I write this blog, I purposefully hold back all editorializing on the situation, lest I attract some negative attention.

Changes at the Library and Archives Canada (LAC)

The LAC has recently seen some cataclysmic changes in the way it conducts business that are currently rippling through the rest of Libraries across Canada and quite possibly might interfere with your scholarly research. That is to say, if you have ever relied on historical/archive material borrowed from the LAC via Inter Library Loan, you may need to travel directly to Ottawa, and make a special appointment, to consult such material again.

At the end of 2012. LAC unceremoniously discontinued its Inter-Library Loan (ILL) service. The discontinuation of ILL is one act in a series of rescissions that has left librarians and researchers scratching their head in disbelief. In fact, the situation has deteriorated to such a level that the Ex-Libris Association (an organization that represents librarians, historians, and archivists interested in Canadian historical culture across Canada) drafted a letter calling for a Parliamentary review of the activities of the LAC due to the crippling impact they have had on the study and preservation of Canadian culture.

What is most interesting to note in LAC’s activity is the imposition of a new code of conduct that amongst many things requires such a ‘duty of loyalty’ to the ‘duly elected government’.  Further, this code of conduct also implies that any employee must carefully assess involvement with any organization where he or she might discuss the activities of the LAC outside of its walls as a potential ‘high risk activity’ that might be seen as a conflict of interest.  CBC radio host Jian Ghomeshi even devoted some airtime to the puzzling requirements of the code of conduct.  A frustrating component to the story is that the Minister of Canadian Heritage has distanced himself from the activities of the LAC and is placing the blame on the Deputy Head of LAC Daniel Caron.  Mr. Caron has yet to make a public statement addresses the criticisms of the code of conduct.  In fact, Mr. Caron has been receiving some negative reviews from a variety of critics for a variety of reasons.  During the Canadian Library Association 2012 annual conference, a congregation of Librarians demonstrating under the banner of ‘Save LAC’ was escorted off the premises shortly before Caron made his keynote address.

This code of conduct was handed down to a Government organization and one can imagine a similar tactic might be attempted in a University environment. While LAC employees do not have a collective agreement such as BUFA’s to enshrine their rights to academic freedom and to protect them against such activity, it is troubling to see this tactic see the light of day. Could you imagine before setting out to conduct your research that you abide to a code of conduct that states you must demonstrate a ‘duty to the duly elected government’? The Canadian Library Association issued a press release urging the LAC to review the code of conduct, indicating that that a larger resistance may be brewing amongst Librarians in the Country.

Despite the stereotype of being quiet and reserved Librarians have and continue to be faced with these constant challenges to academic freedom and acceptable limits to research.  No longer is the role of Librarians to squirrel away books and impose archaic rules of procedure but now is to shed light on these incidents so that they do not go unnoticed and indeed enter the consciousness of the country. The meme of Librarian as protester really saw light during the Occupy Wall Street movement but the banner bears repeating again “You Know Things are Messed Up When Librarians Start Marching”. 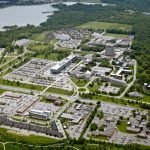