Recently BUFA was copied on a memo that was sent to you by the Department of Psychology that expressed their upset about HR practices in relation to the termination of staff members’ employment. This is not the first time we have heard this kind of concern from our members. We have also learned that the Brock University Retirement Association has met with you to express their dismay about similar issues. Therefore, we are writing to underscore our broad concern about changes that have happened in institutional practices since 2014, when a large number of Brock employees lost their jobs, that have led to damaging shifts in Brock’s social climate.

Prior to 2014, most staff were proud of Brock and truly enjoyed working here. People would talk about the “Brock family”, the “Brock community”, and these were not catch phrases but genuine descriptions of their experience. They also felt that HR was there to support them. While of course there were pockets of problems, as in any employment environment, in general Brock’s organizational culture was experienced as being a respectful, supportive, compassionate—and safe—place to work.

This is no longer the case. Staff tell those of our members whom they trust that they now feel afraid and unappreciated. They feel like a disposable commodity rather than a valued colleague and team member. They feel that Brock University has morphed into Brock Inc. HR is no longer seen as an ally, but an adversary. As a result, rumours that are damaging to Brock’s reputation, and perhaps more important to staff morale, are circulating, such as (to state just a few) that when people are dismissed they are walked to their cars by campus security, that if you express criticism of Workday you will be fired, and that the privacy of email is not respected by administrators.

Undoubtedly a perceived necessity for downsizing the employee complement was the start of this distress. However, even for those who believed that this was necessary, it is certain practices of HR, such as those specified below, that have fueled the distrust and malaise:

Although our BUFA members are not subject to these issues because of our Collective Agreement provisions, we have been affected in a number of indirect ways:

But more generally, we are concerned about the direction of the institution, its apparent loss of “heart”, and the risk of damage to our reputation in the community. For example, we have been told that a person who was terminated from Brock found that more than one job interviewer reassured them that they did not need to be concerned about explaining their exit from Brock because Brock is now known to shed employees. We cannot know the extent of this perception, but is this how we want to be known in the community?

Finally, several questions have arisen in our conversations with others about these issues that merit answering:

We should note that we do not assume that the fault for this situation lies with individual HR employees but with the directives from senior administration and with the organizational culture that has been created in recent years.

We believe that the Brock administration needs to make public and explicit efforts to address the above morale and personnel problems. One possibility is to set up an advisory committee, independent of HR, who could consult confidentially with staff and others, to explore the issues and propose changes. Another suggestion is for the University to immediately review its termination practices to give priority to retraining and redeployment, wherever possible. Furthermore, we would suggest that the practice of having employees sign away their right to negotiate a better severance package than the minimums specified in the ESA be discontinued immediately.

BUFA recognizes that administration has management rights, but we suggest that changing HR practices would allow us to gradually rebuild trust and employee loyalty, and make Brock a community, a “Brock community” again. 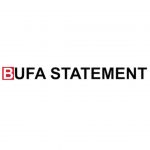