Most people favour open access publishing, but there are many challenges researchers face in gaining access to it. The main stumbling block is, of course, financial.

Open access provides free and unrestricted online access to research publications and data. According to the Tri-Agency Open Access Policy on Publications, open access “is expected to accelerate the progress of research, democratize access to knowledge worldwide, and ensure that publicly funded research is available to the public.” It will also “increase transparency, accountability and efficiency.”

The Brock University Faculty Association (BUFA) wants to support its members in their quest to publish in open access journals but understands the financial constraint researchers often face. That’s why BUFA wants the university to commit to substantially investing in open access initiatives that will position Brock as a leader in research dissemination, said Linda Rose-Krasnor, BUFA president.

“This is precisely why BUFA is proposing in collective bargaining that the university fund initiatives to support open access publishing,” she said. “It would be a win-win-win for researchers, for students and for Brock.” 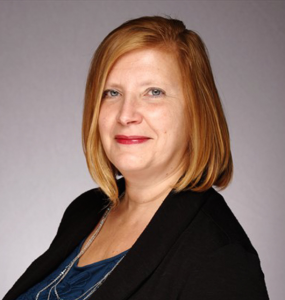 Elizabeth Yates, Liaison/Scholarly Communication Librarian at the James A. Gibson Library, said in the last 15 years, there has been a formal movement to establish open access and move away from costly subscription-based journals. The expense of these journals can limit access to researchers and the general public.

There’s also greater opportunities for collaboration among researchers through open access, said Yates, who provides information and support for Brock researchers affected by the Tri-Agency Open Access Policy on Publications. She also promotes the use of the Brock Digital Repository and Scholarly Journals at Brock and co-ordinates Brock’s Open Access Week activities.

“Developing nations that never normally had access to research can now have collaboration or researchers working together in the future,” Yates said.

“That benefits Brock as an institution because if more researchers’ scholarly work is open access they will have a broader reach, which will lead to more citations,” she said.

But with open access publishing comes many challenges. Naturally, the very large journal publishing industry doesn’t want to lose out on profits. Several models have been developed to try and mitigate potential revenue losses, Yates said, adding even though a paper might be openly available, there are still costs involved in its publication.

One such model is fairly contentious. With an Article Processing Charge (APC), the publisher pushes a fee on the author in return for publication in its open access journal. These fees run anywhere from $2,000 to

$4,000 per article. Increasing numbers of research funders, including the Tri-Agencies, require grant recipients to make their published research openly accessible.

Of the roughly 10,000 journals around the world, two-thirds don’t charge an APC. But the one-third that do are some of the biggest and best known – they’re the ones researchers most want to be published by, Yates said.

“It’s a challenge to come up with the money,” she said.

Part of Yates’ work focuses on supporting Brock faculty and students in disseminating their research, particularly via open scholarship. She also manages the Library Open Access Publishing Fund, which provides money annually for Brock researchers to pay APCs. Every year, however, many applicants are turned away due to a lack of funds.

“The university has a responsibility to support scholars in open access publishing, especially if they pay fees, and there should be money diverted to support that,” Yates said. 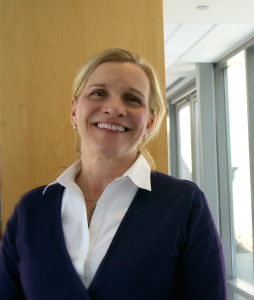 “This is not just a university issue, it’s a global phenomenon,” she said. “Instead of research and knowledge being housed in European and North American spaces, people all over the world have the ability to contribute and participate with their scholarly work.”

VanderVliet said it’s important to appreciate some of the particular challenges people have with the culture shift that is open access and how to navigate that.

“And that (everyone) is able to voice their opinions and challenges about that,” she said.

By consistently and adequately funding open access publishing, Brock can position itself as a leader in research dissemination. BUFA believes the university could be at the forefront of this world-wide movement, which will provide better access to publicly-funded research and allow for more collaboration among researchers – but only if sufficient resources are made available. To that end, in collective bargaining, BUFA is prioritizing initiatives to support open access publishing.